Discover the Breede Valley’s best-kept secret by far.
Monte Rosa Guesthouse is situated in the heart of Rawsonville, which is surrounded by gorgeous vineyards and the picturesque Boland mountains.

Monte Rosa Guesthouse offers 6 luxurious bedrooms with breakfast included. There are also two spacious self-catering cottages furnished with kitchenettes.
All the rooms have access to the patio surrounding the house. 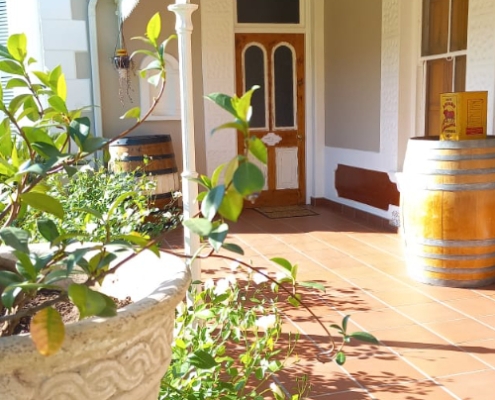 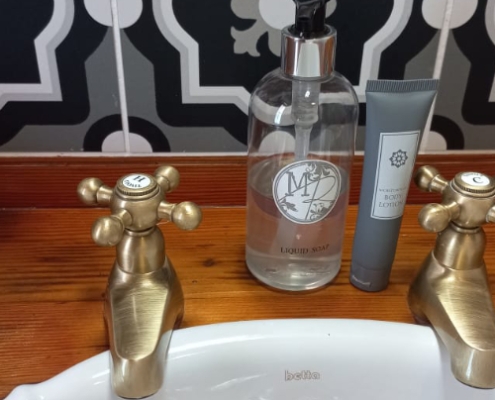 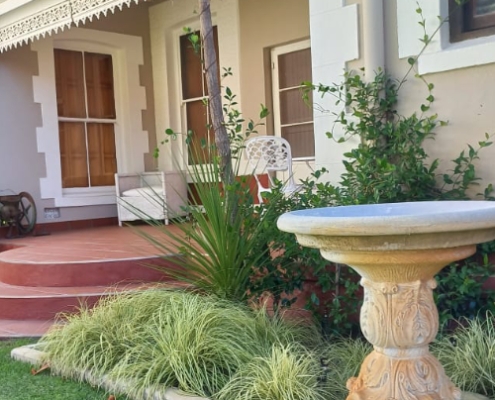 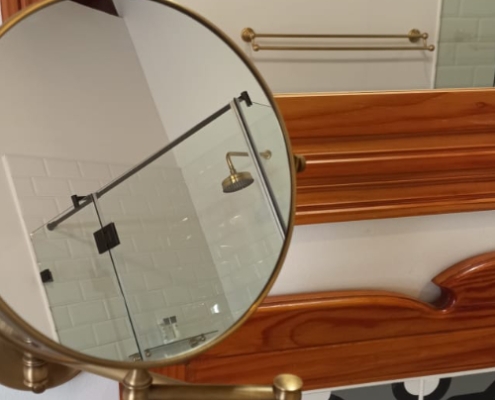 By the 1850’s the necessity for the formation of a hamlet – a small village, had become clear. The Ward was cut off from Worcester during rainy seasons when the Breede River burst its banks regularly.

The farm Aan-de-Smalblaar was transported to Johannes Petrus (Jan) Jordaan on the 23rd of July 1858.  Jan Jordaan divided a portion of the farm into fifty seven (57) residential plots and these were sold on a public auction on the 11th of June 1859.  The town was then named after William Rawson, the then Cape Colonial Secretary.

The Goudini School was formed in 1858 by forty five (45) people from the area. They were represented by seven school directors. Since then more schools have been established like, Rawsonville Primary and Weltevrede Primary.

At a public meeting held on the 16th of June 1878, the Worcester Ring Commission of the Dutch Reformed Church, granted permission for the formation of the Goudini Dutch Reformed Congregation on the 14th of October 1879.

The name, Goudini comes from a Khoi word meaning “bitter honey”.  It was believed that the honey made from the flowers of the local Spoonwood trees were very bitter, hence the name.

Rawsonville was granted Town management in 1883.

Located in a scenic portion of the valley on the eastern flanks of the Du Toitskloof mountains, the small wine and farming community was part of the Breede River Valley of the Western Cape province of South Africa. Rawsonville became part of the Breede Valley Local Municipality, fast growing in popularity being on the Breedekloof wine route and also conveniently only 90 kilometers from Cape Town. Its neighbouring town Worcester, known for its medicinal springs, fruit and grapes, became the closest holding where a doctor could be reached by foot or on horseback. Occasionally the Smalblaar River would burst its banks after long hours of rain  and no schools could be attended.

The suburban area in Rawsonville is still called De Nova with squatter camps Spookytown and Geelkampies.

Rawsonville has now become an iconic destination due to the social calender of its surrounding tourism partners.

Enjoy a relaxing getaway surrounded by vineyards and tranquility Discover the Breede Valley’s
best-kept secret by far.
Monte Rosa Guesthouse is situated
in the heart of Rawsonville, which is surrounded by gorgeous vineyards and picturesque Boland mountains.